Device example of Blokus gameplay on iPad.
Blokus iOS was the first mobile game design project that I've worked on. The interface design was very different from when it originally started, and I had very little to work with, other than creating some main game assets.
After several production meetings, and a few months dealing with the building of the game, we were asked to redesign everything to go along with new box art branding that was being released. With my help, we were able to put the game back into the right direction.
Once the game was released, we started on the V1.1 update, which included new and different ways to play Blokus with power-ups, hints, in-app purchases, and other features.
CHARACTER DESIGN
I had the most fun creating concepts for avatars and characters in the game. Magmic had a reoccurring theme of different class types for different difficulties. Animals for Easy, Humans for Medium, and Robots for Hard. I was specifically asked to make things as squared (blocky) as possible to go with the theme of the game.
Early Character Designs and Avatar Animation testing.

This was the grouping of original characters in the first round of design. We considered using anthropomorphic blocks but moved away from that concept in favour of more human looking characters. Of the bunch, the animal avatars and one of the robots made it through to the next round of designs.

After a bit of a design change as the avatars became a bit more fleshed out with upper torso and limbs to convey movement instead of a static avatar images. In this grouping we were able to select the human avatars that would be the default characters. 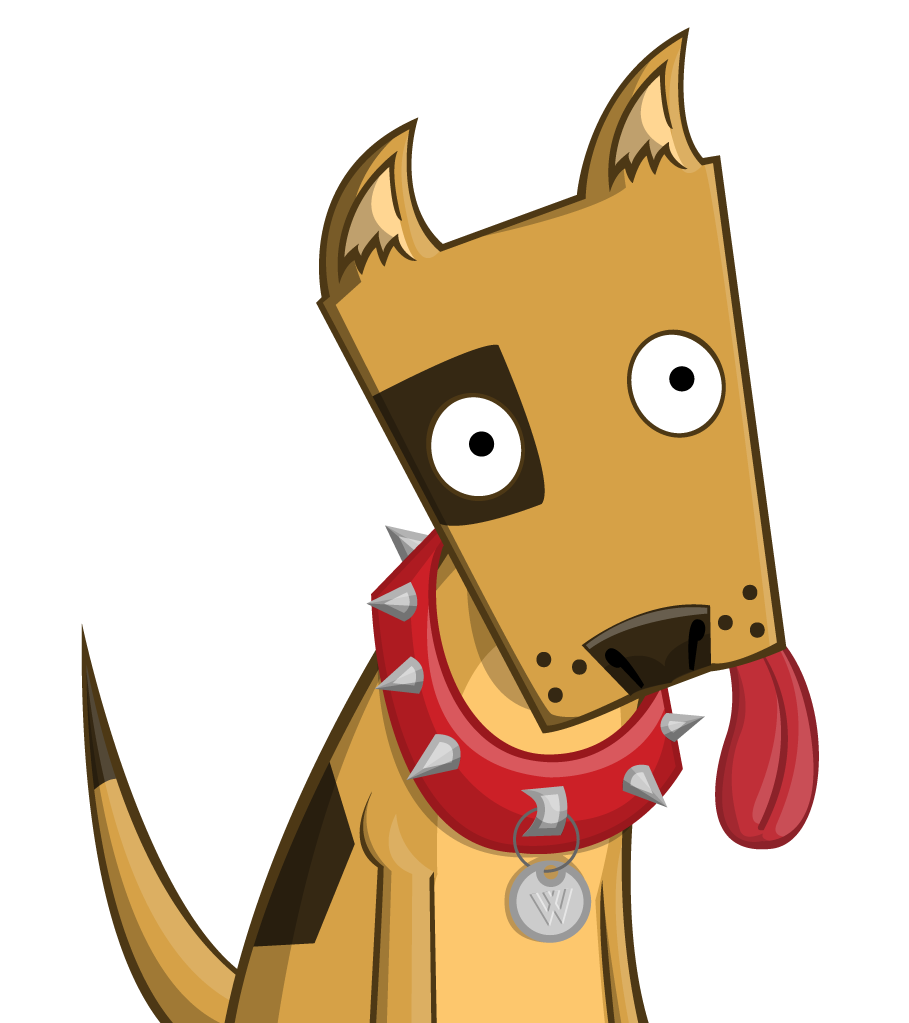 Wreks was based off of the classic "Spot" design, with a patch of colour over his eye. Wreks has a loving personality and is an animal favourite. 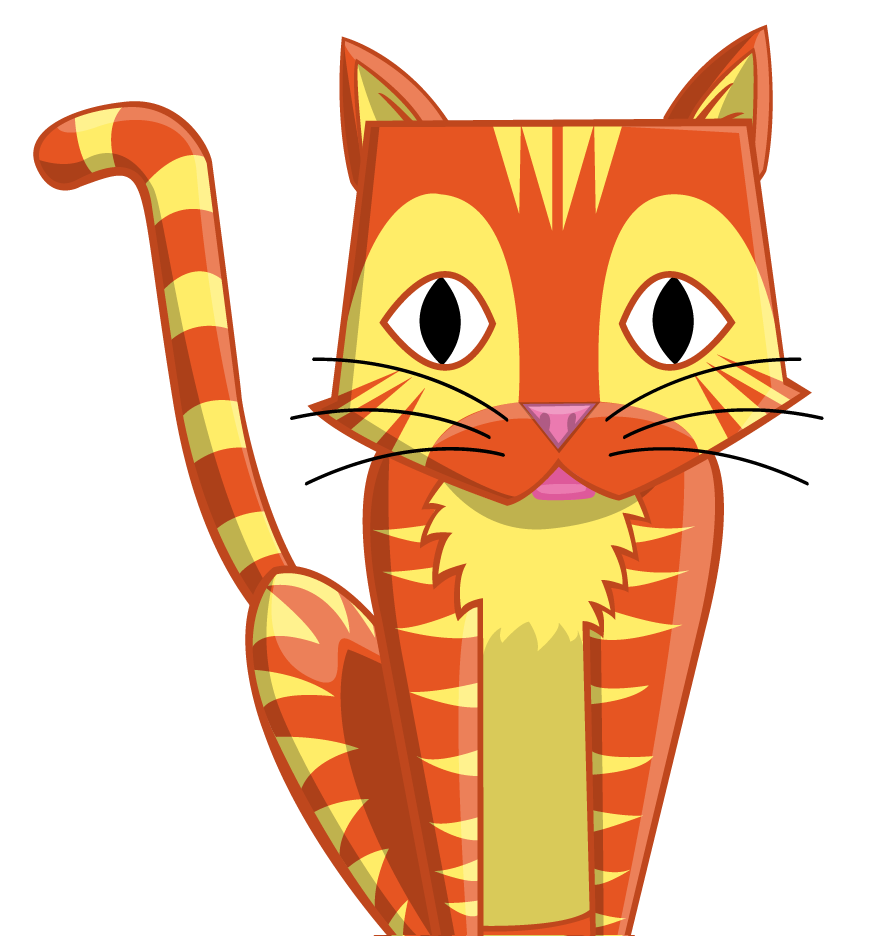 Mittens was originally created to be a Black cat, in particular... My cat. But due to visability issues, Mittens was changed into an Orange Striped cat instead. This pattern was based on a kitten we were fostering at the time named Juniper. 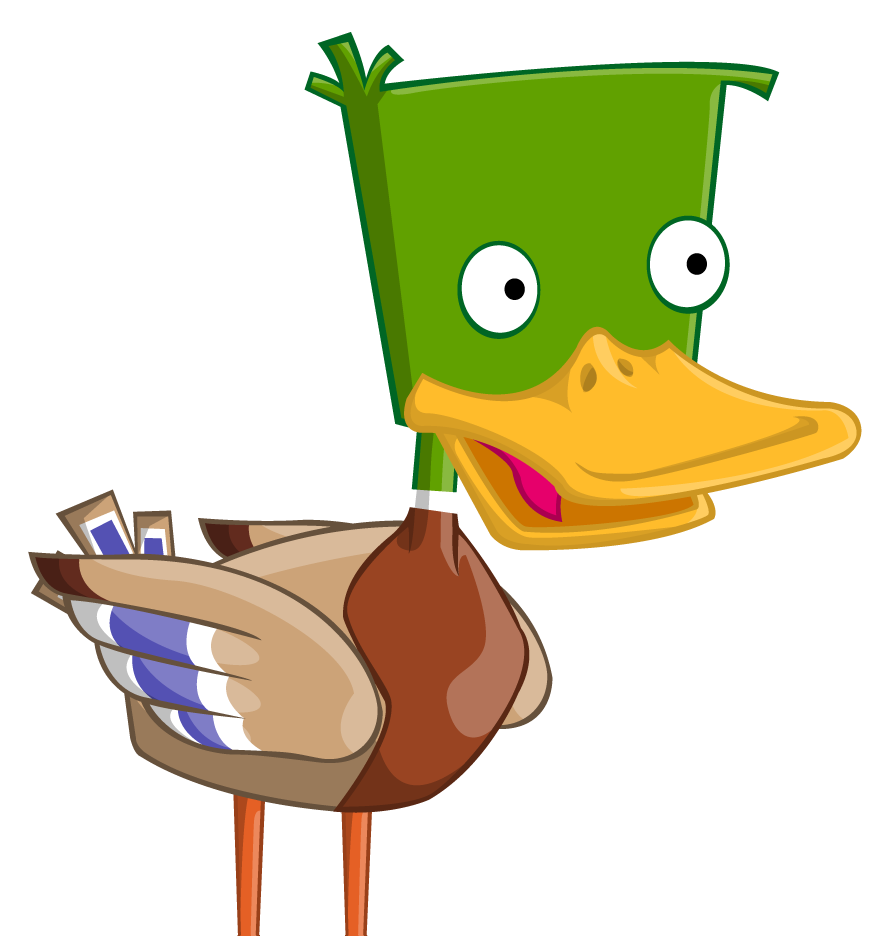 In previous games by the producers of the game, they represented the animals as a dog, cat, and a rabbit. We wanted to do something different and created Webber. I mean... who DOESN'T want to play a board game against a duck? 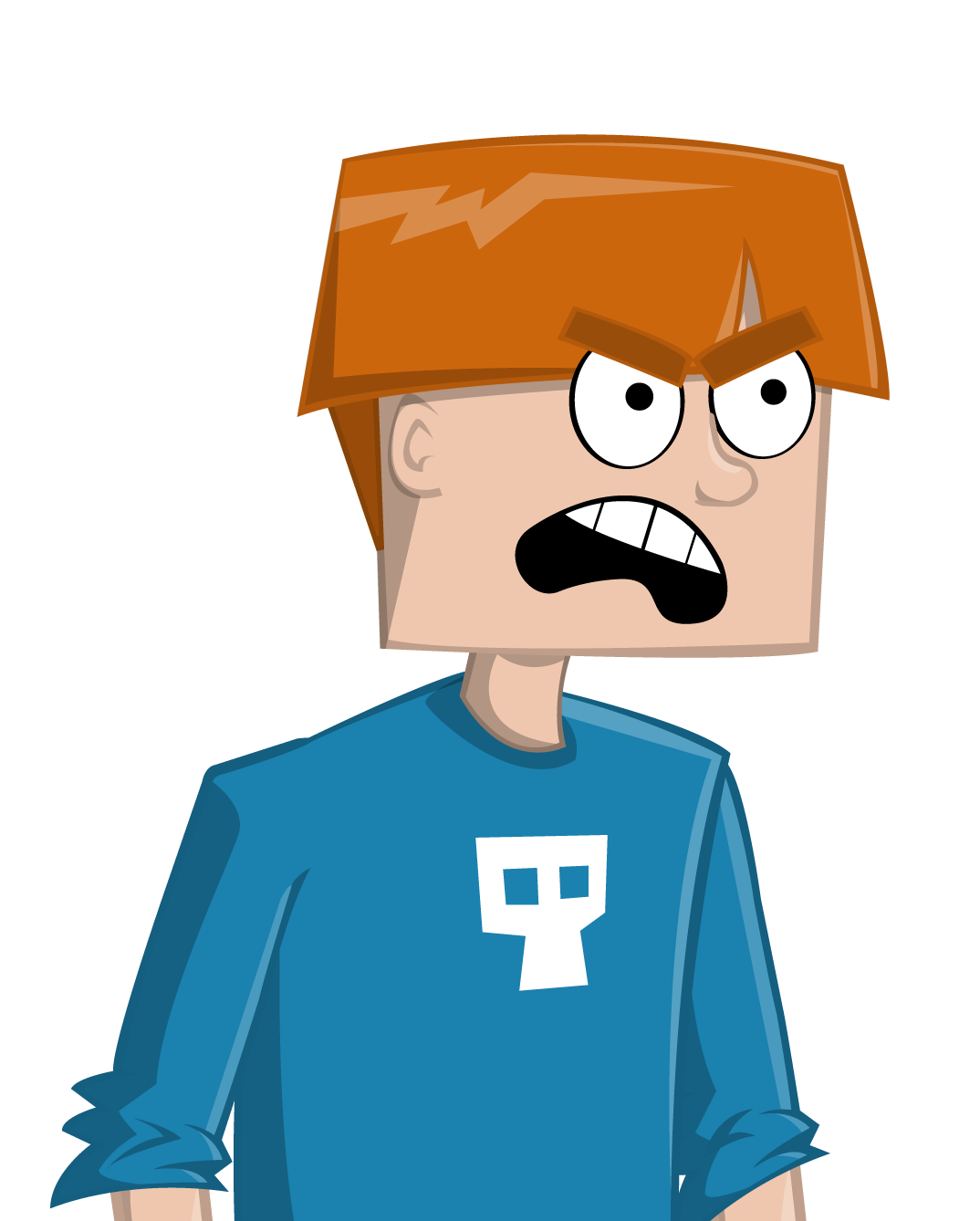 Jeff is the local gamer. Pwning Noobs and camping in corners. He doesn't like to lose games. 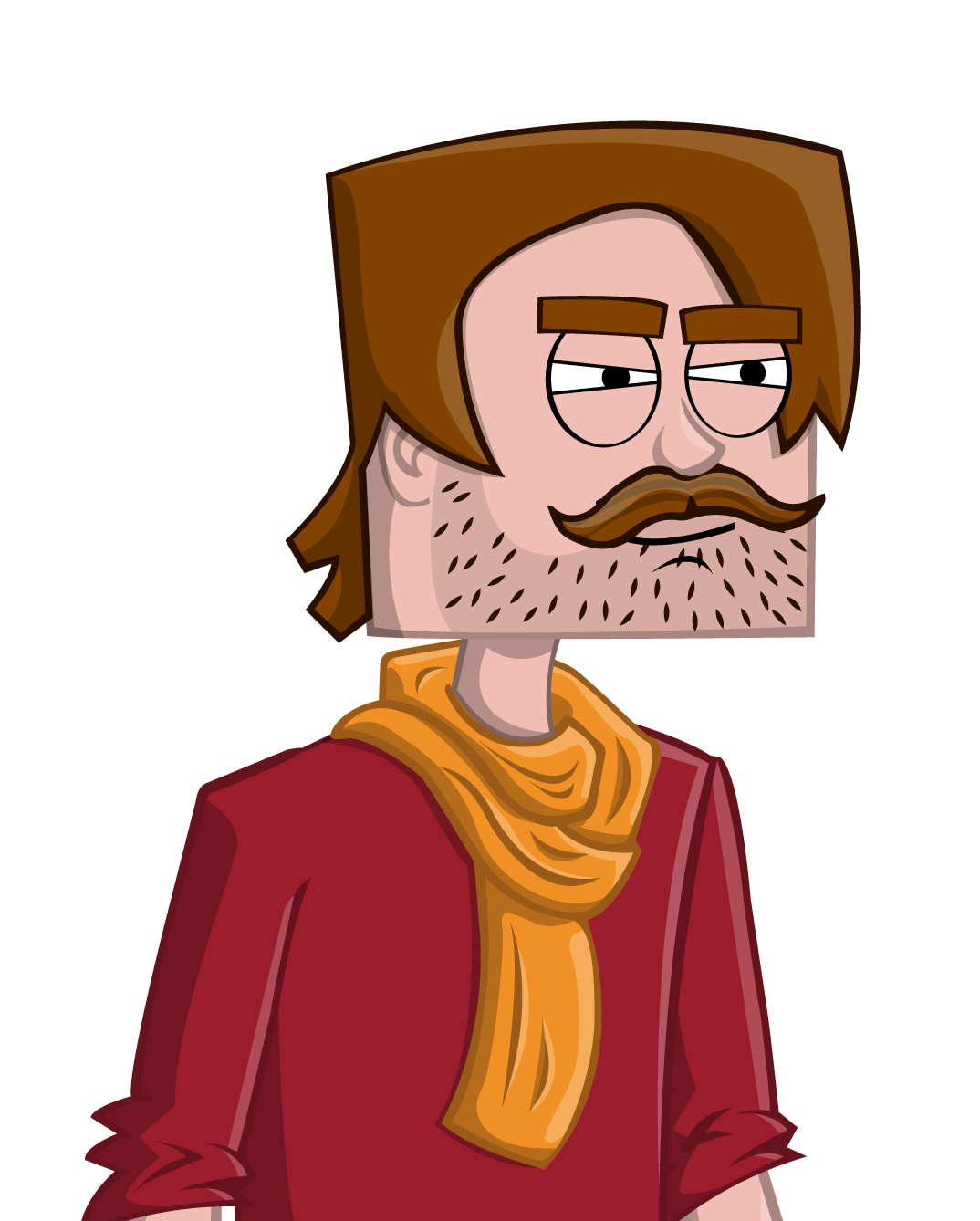 Milo is the Hipster of the bunch. He likes to make the others feel bad. 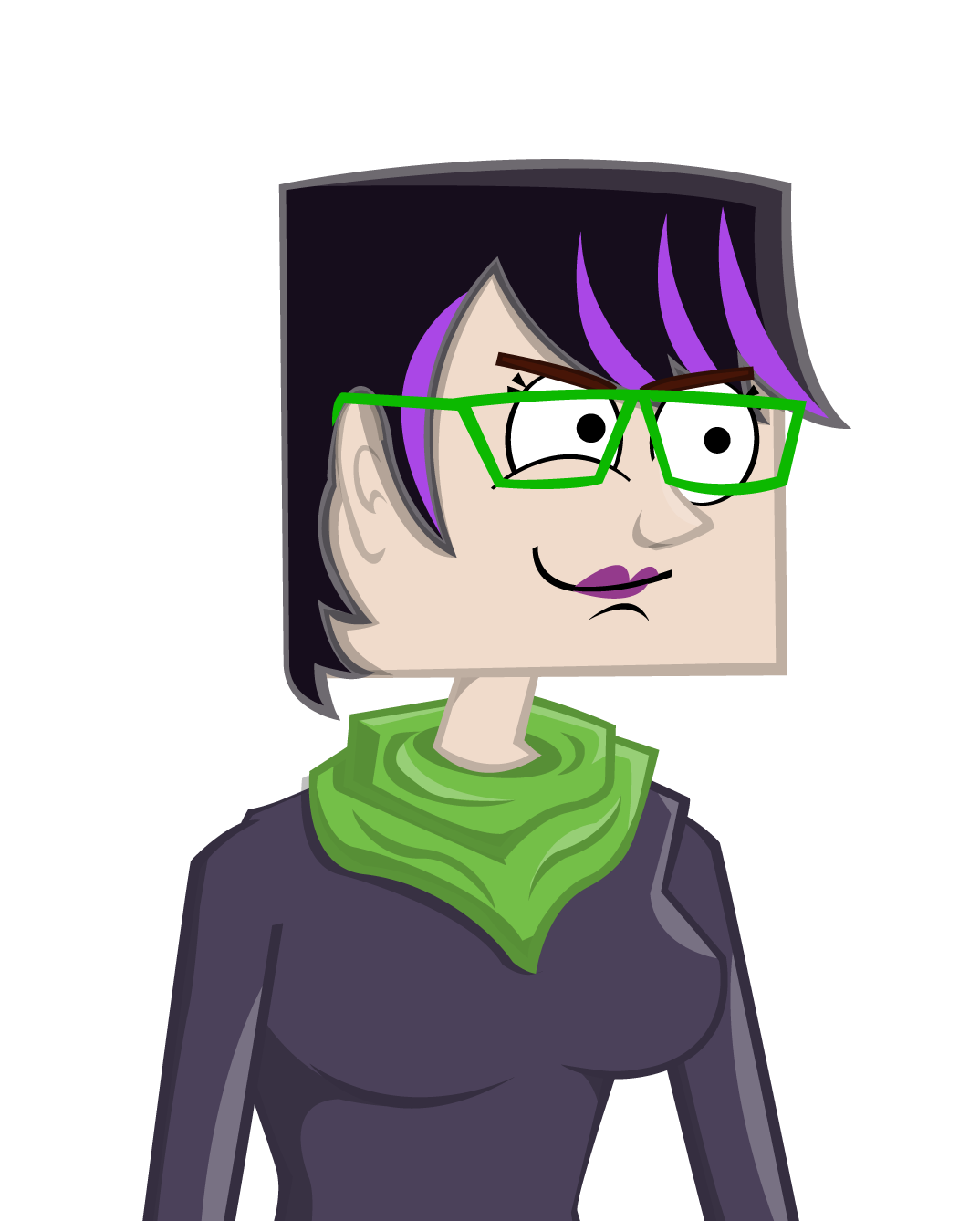 Suzy is the Emo girl on the block. Very competitive, but very self doubting. She is usually depressed about something. 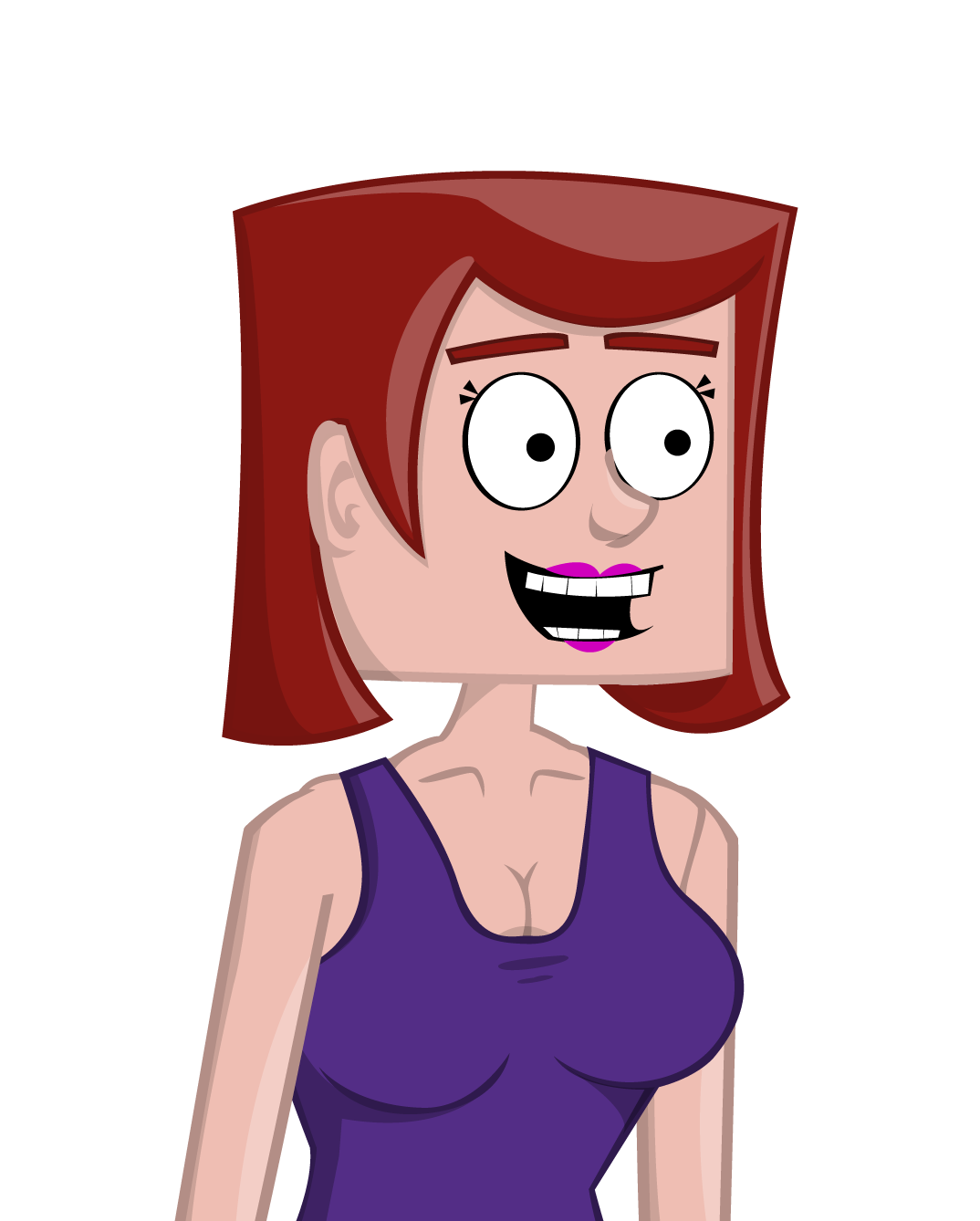 Mindy is the ditsy cheerleader type. She just likes to be noticed. 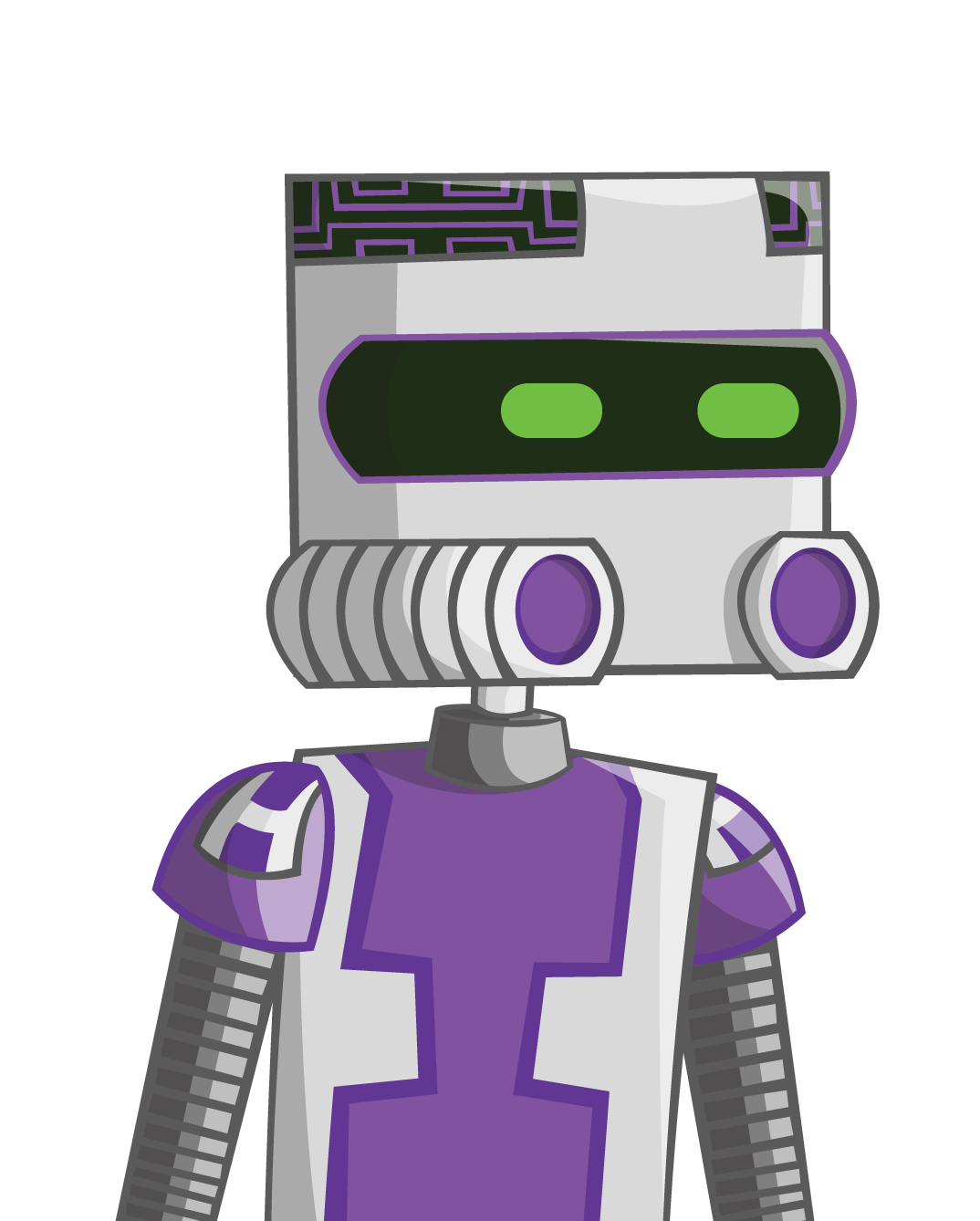 BLX-2A is one of the most advanced Blokus players. He can use his sensors to determine the best locations to place tiles. 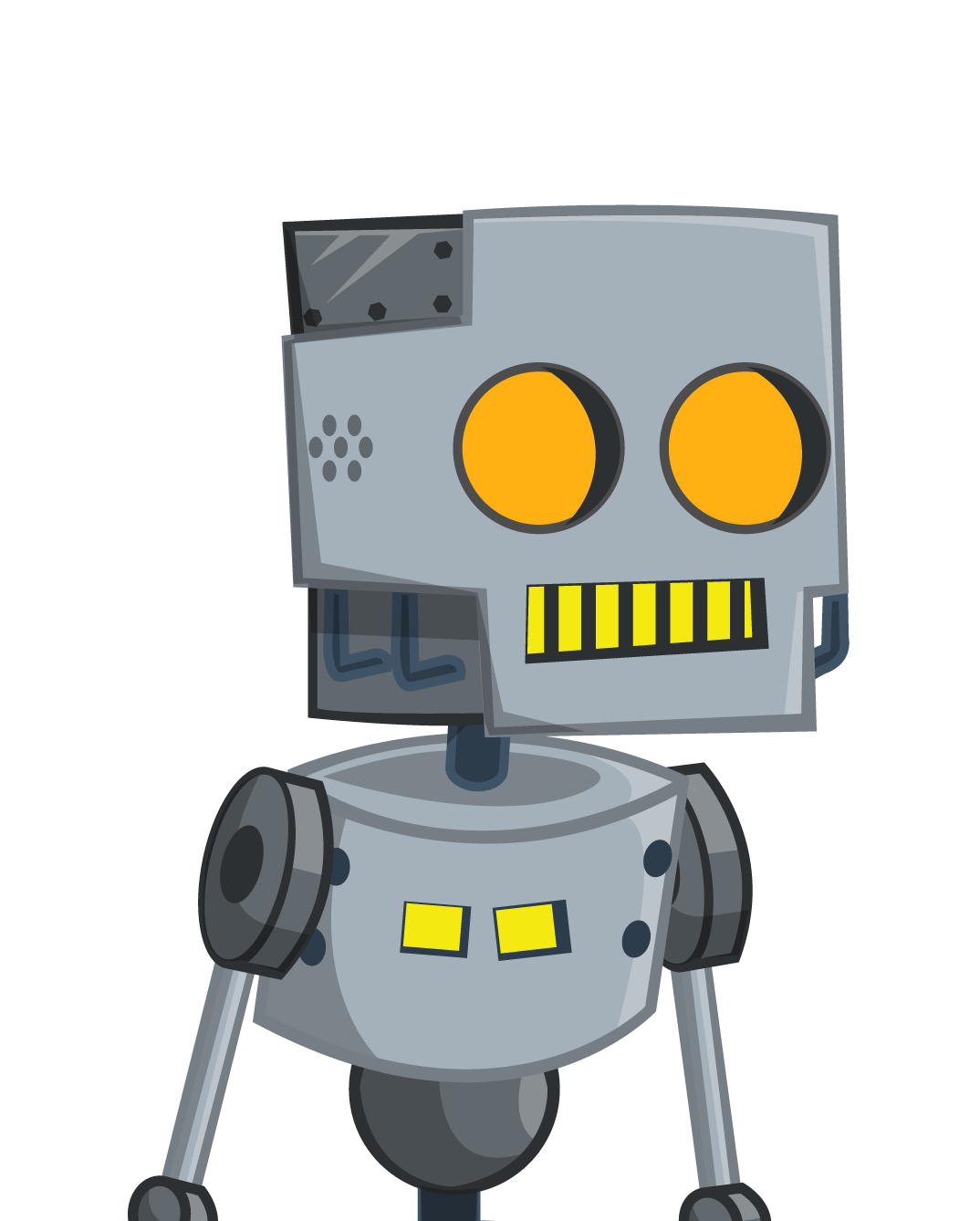 Bloksor was originally one of the main factory robots that put the board games together. He made his way into a staff competition and won his freedom. He still spends his time sorting pieces. 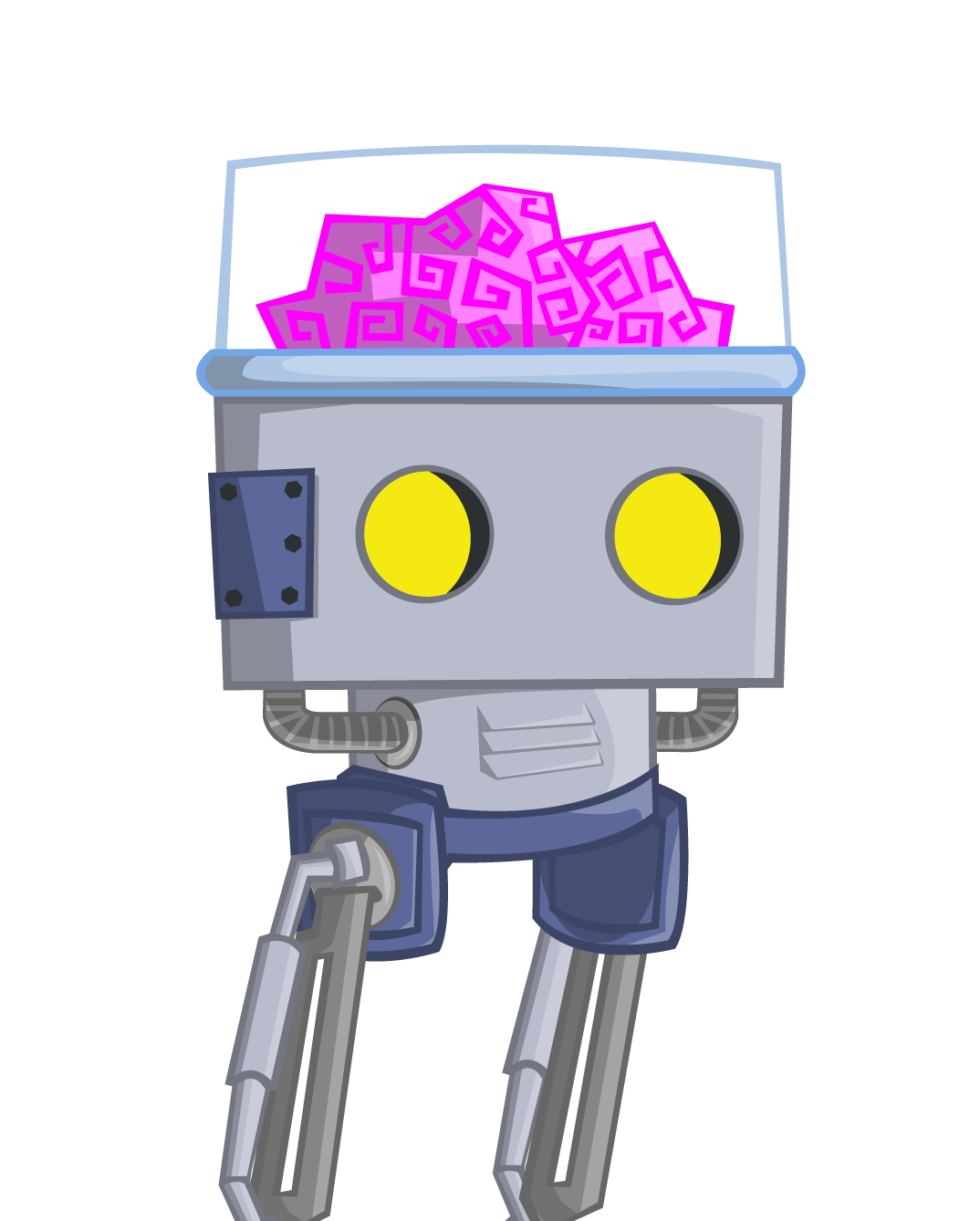 A super intelligent Human-Robot hybrid. Rumour has it that the brain is from a really brilliant scientist. Others say it was a dolphin due to the clicks and beeps the robot makes. 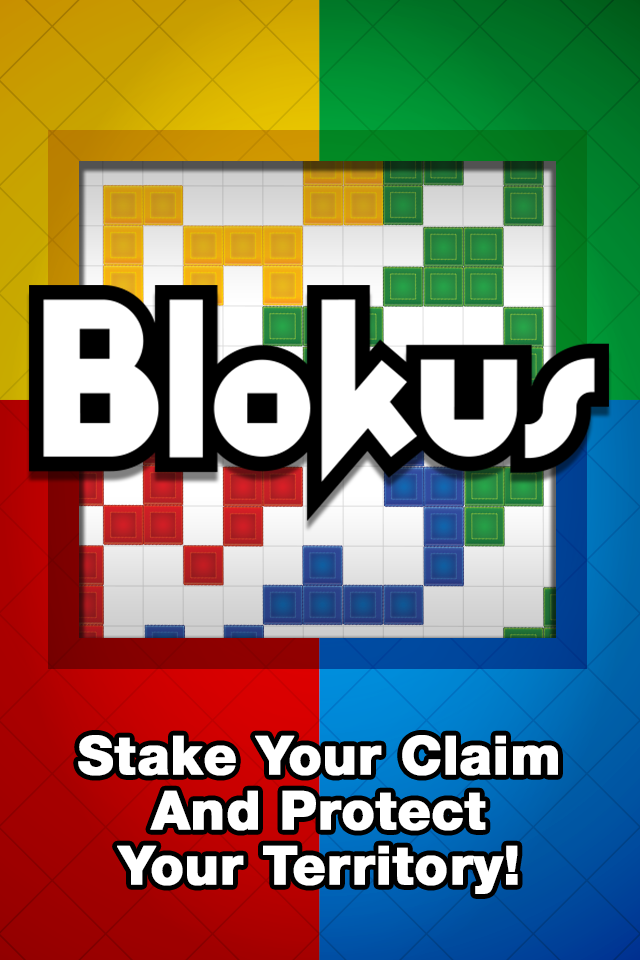 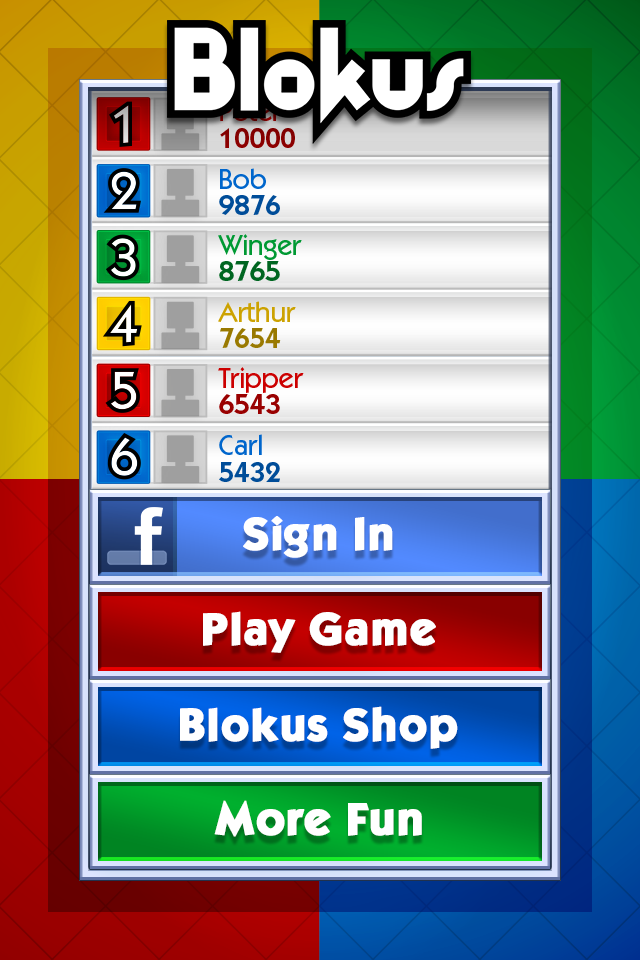 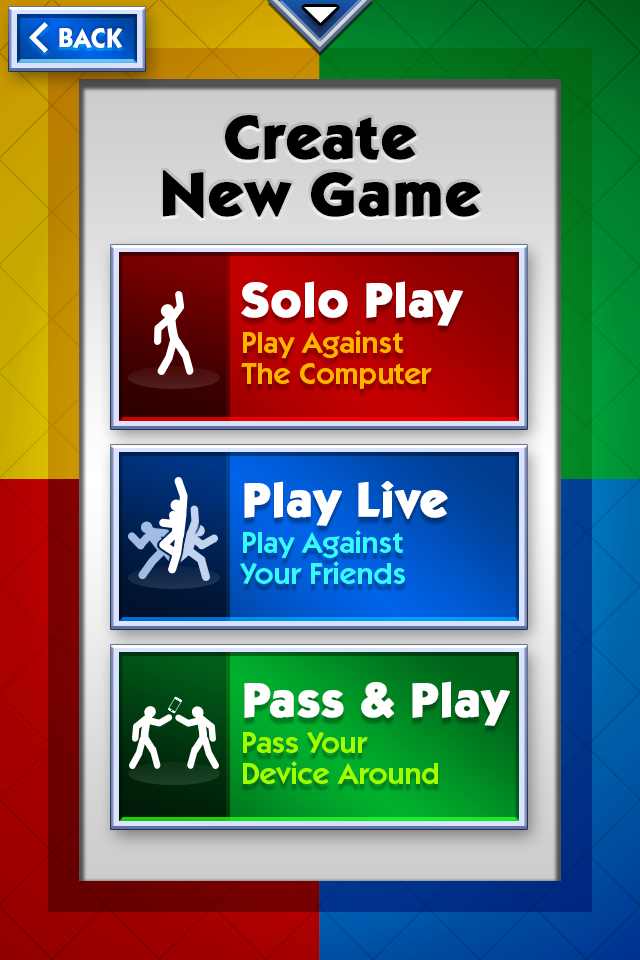 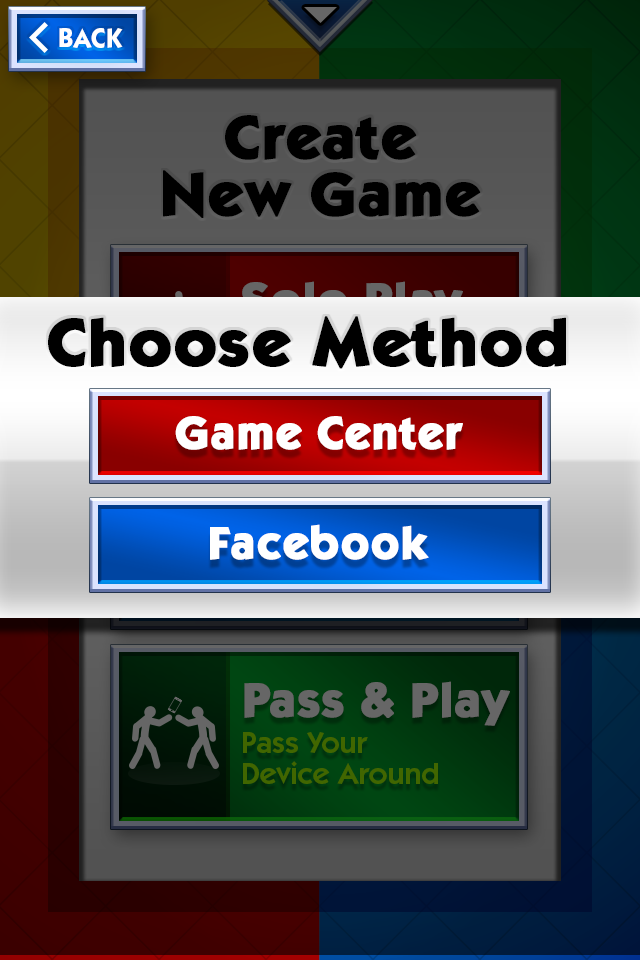 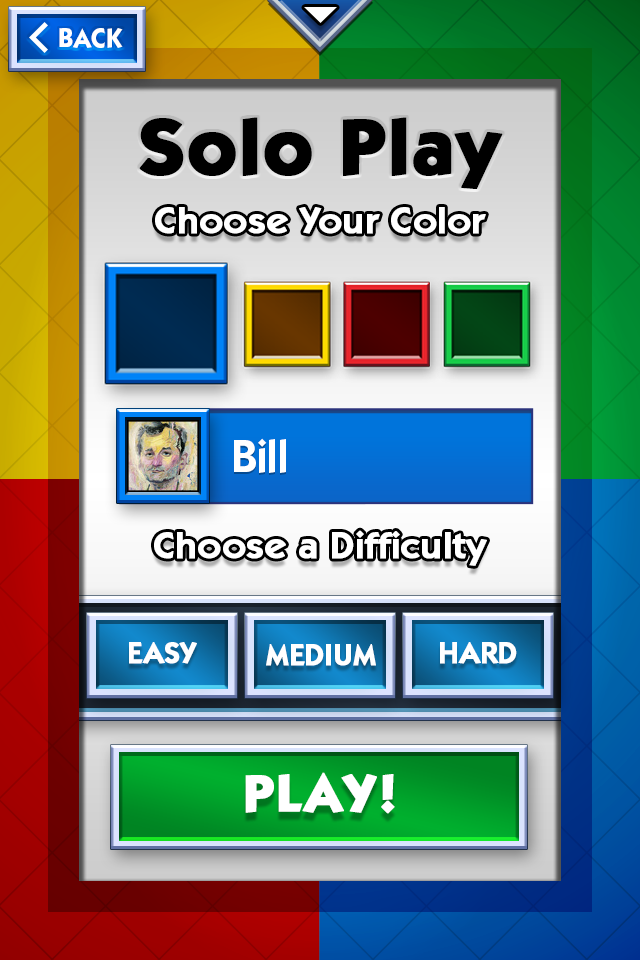 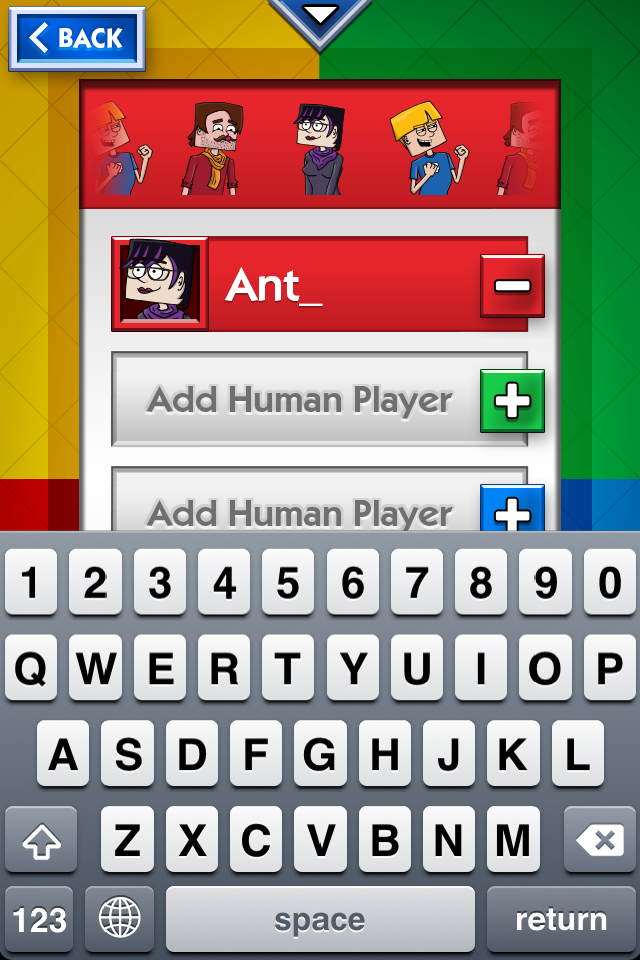 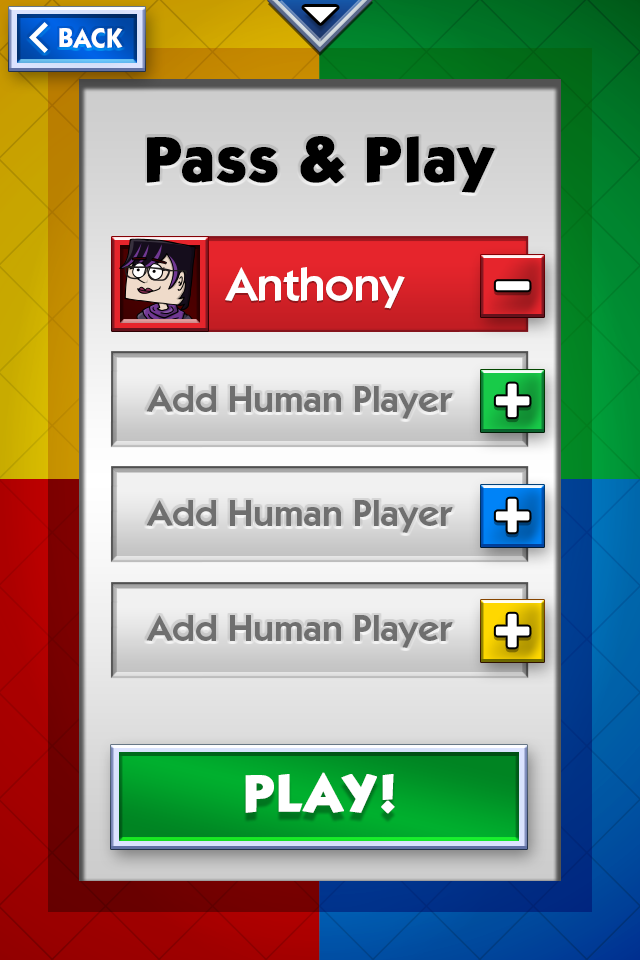 Pass & Play function was a MUCH needed update.

This is a poster I made for the Ottawa International Gaming Conference, here in Ottawa. It came in 2nd Place for the Art Competition. All the players hanging out, except Webber... no ducks inside.
↑Back to Top